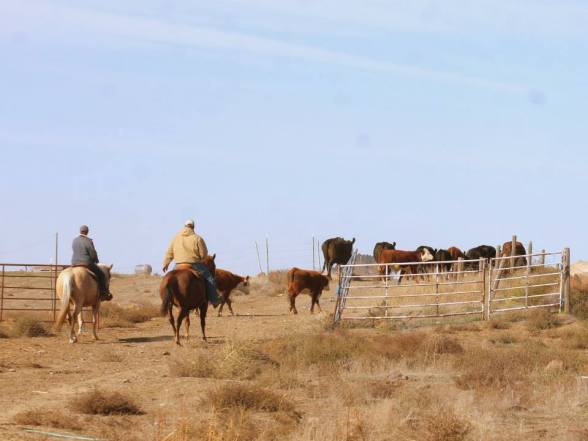 USCA (June 30, 2015) – The United States Cattlemen’s Association issued the following statement on the announcement made by the U.S. Department of Agriculture Animal Plant Health Inspection Service (USDA-APHIS) to allow for importations of fresh beef products into the United States from regions in South America.  The following may be attributed to USCA President Danni Beer:
“Once again, we are faced with an issue that has the potential to severely threaten the health and safety standards of the US cattle herd.  We acknowledge the effort and work put in by APHIS staff on this issue, however, the proposed plan to move this notice forward is deeply concerning to producers across the country.  Concerns have repeatedly been relayed from industry groups to the Administration on this proposed change in trade and we are disappointed that the choice has been made to move forward with the plan. ”
“Any opening of the U.S. market to the stated regions in South America is a step-back for the health of the US cattle herd.  However, this issue stems not only from concerns regarding our domestic herd, but also to the political ramifications such a change in trade with this region would signal.  Through this announcement, the U.S. would be rewarding countries that are proven bad actors in the international trade arena.”
“USCA recognizes the risk assessments completed and science being used by USDA-APHIS within the proposed processing facilities and supply chains in the specified regions.  However, we simply do not trust Brazil and Argentina to implement the necessary protocol and safe handling practices on a consistent and comprehensive basis across all supply lines to ensure the safety of those fresh beef products shipped to the U.S.  The margin of error when addressing Foot and Mouth Disease (FMD) is extremely slim, every precaution and necessary safeguard must be in place to ensure safe handling and transportation of product; we remain unconvinced of Brazil and Argentina’s commitment to this process based on their ongoing actions in the international trade arena.”
“Brazil continues to file cases against the U.S. and our trading partners at the World Trade Organization (WTO), Argentina is still in default on its substantial debt to the U.S.; why we would reward such actions by allowing for the import of their products to the U.S. is of utmost concern to producers across the country.”
“The precedent set by this announcement is troubling.  This issue, while rooted in the realm of animal health, will be impacted by outside factors as well.  The political influences that will come into play must not be ignored and rather addressed as a component of this rule.  Our concerns on this proposed notice were relayed to USDA-APHIS during the recent USCA summer fly-in to Washington, D.C. and we will continue to work with those in Congress and the Administration to address producer and industry concerns.”

###
Established in March 2007, USCA is committed to concentrating its efforts in Washington, D.C. to enhance and expand the cattle industry’s voice on Capitol Hill.  USCA has a full-time presence in Washington, giving cattle producers across the country a strong influence on policy development.  For more information go to www.uscattlemen.org